The town of Amble lies at the mouth of the River Coquet, and the nearby Coquet Island is visible from the harbour and surrounding beaches.

There are two suggested origins of the place-name Amble. The first comes from the Gaelic  Am Beal, meaning ‘river mouth’ or ‘tidal inlet’. The second is is an Old English origin of Amma’s/Anna’s bile, meaning “Amma’s/Anna’s headland. The earliest mention of ‘Ambell’ can be found in 1090 when, after the division of the spoils, the manors of ‘Ambell’ were amongst other grants of land given to the Tynemouth Priory by the powerful noble Robert de Mowbray. After the dissolution of the monasteries in 1536, the land of ‘Ambell’ became the property of the king. The discovery of ancient burial sites and Roman remains prove Amble and the surrounding area has been populated for many centuries. 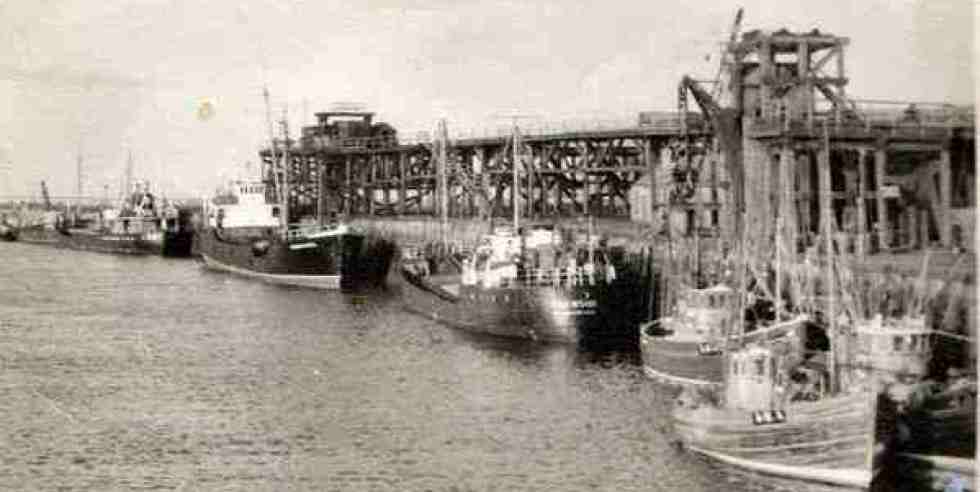 The town of Amble was originally located about a mile south of the River Coquet which entered the sea at Warkworth. But a ferocious storm and heavy rain in March 1764 caused the river to burst its banks and seek a more direct route to the sea. As a consequence, Amble found itself only one third of mile from the new river mouth and this event changed the fortunes of Amble.

Amble owes much of its growth and early prosperity to the 19th century coalfields from which it used to ship coal to the rest of England and Europe. Amble’s location at the mouth of the River Coquet and railway links to prime coalfields made it an important hub for the transportation and export of coal. Sadly today, the collieries in Northumberland are all closed (the last, Ellington, closed in 2005), and the railway line no longer serves Amble.

Other industries such as ship building and sea fishing also contributed to the expansion of the town. The construction of Amble Harbour in 1830 developed Amble from a small village into an important port. Fishing grew in importance and herring were preserved, using the salt from the local salt pans, then exported further afield. 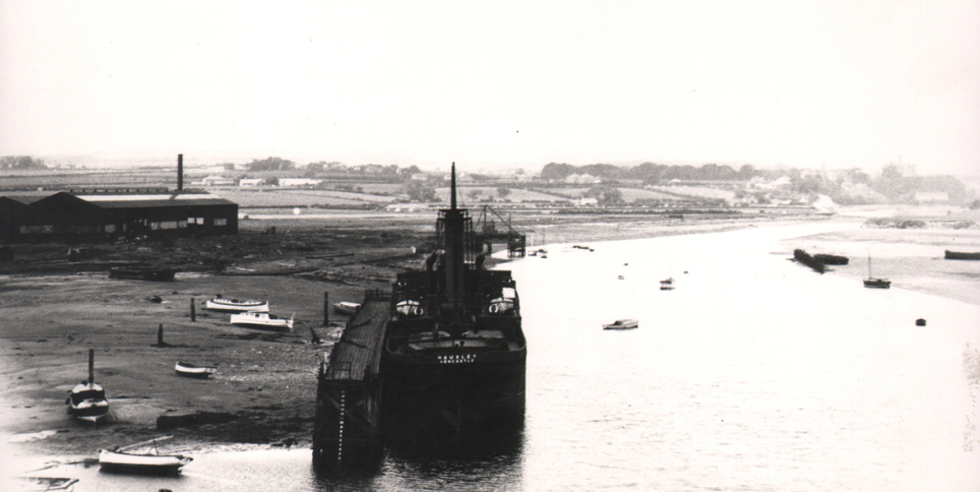 Northumberland Seafood has adopted the traditional Northumbrian fishing vessels called ‘cobles’ within their logo. Cobles have sheltered in the natural harbours in Amble for many centuries. Their distinctive shape – flat bottomed and high bowed – were designed so they could be launched and landed off Northumberland’s shallow and sandy beaches but could also cope with rough seas. The design contains relics of Norse influence and hasn’t changed in hundreds of years.

Local fishermen argue that the finest fishing cobles in the North East were built in Harrison’s yard in Amble (now home to Amble Boat Yard and Spurreli’s Ice Cream). These iconic boats can be easily recognised up and down the Northumberland coast and are still used by local fishermen to this very day. Each is unique and crafted by eye to suit the needs of the user.

Amble also has the reputation of being ‘the friendliest port’. In the 1930s, when the RMS Mauretania was heading on her last voyage to the breaker’s yard at Rosyth, the town council of Amble sent a telegram to the ship saying “still the finest ship on the seas”. The Mauretania replied with greetings “to the last and kindliest port in England”. We hope you will agree! 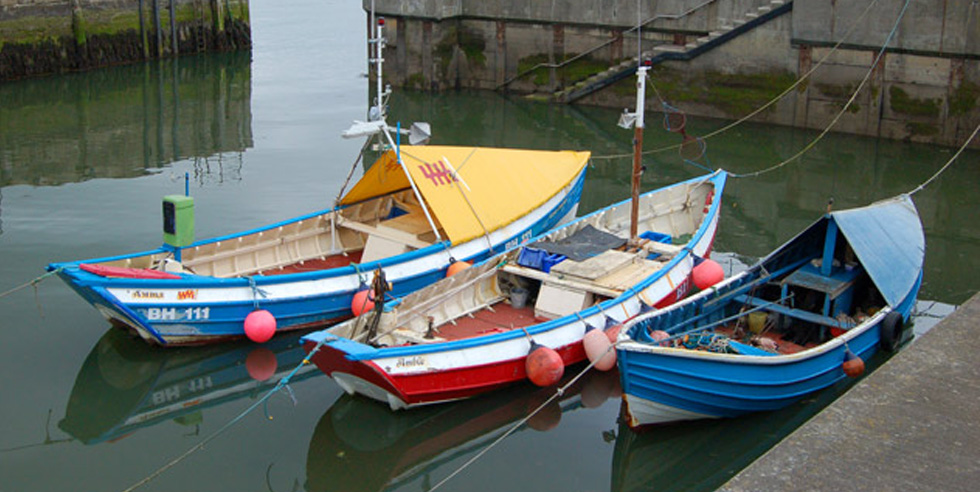 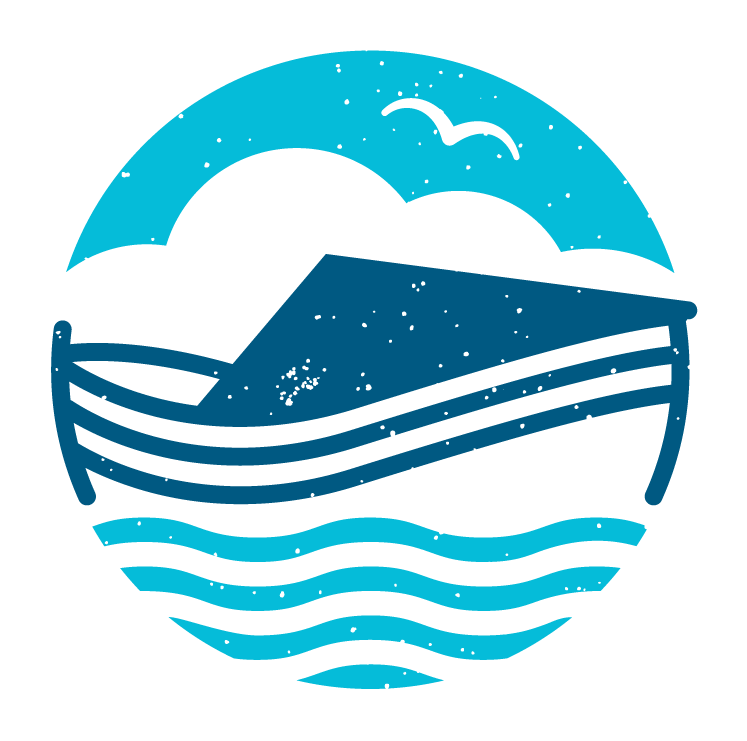 ‘Amble the Seafood Town’ – We aim to sustain and develop the local fishing fleet, develop new food businesses and make Amble a desirable tourism destination through creating a better harbour and improving the waterfront.

We’re proud to be the first seafood centre in the North of England to embrace this sustainable ethos and we hope you will join us in supporting our local Northumberland fishing fleet and the Northumberland Seafood Centre.

There are a huge number of different fish and shellfish species found in the waters off the North Sea coast, find out how they are caught by our fishermen, discover a quirky fact and how to cook them.